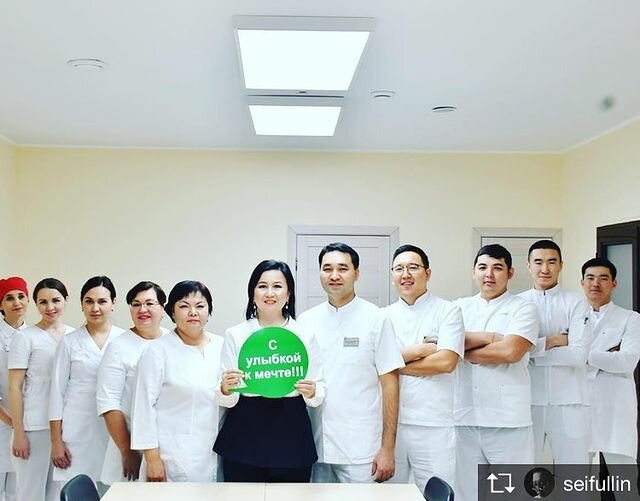 A network of dental clinics in Nur-Sultan (three clinics) and an independent diagnostic center "3D Dental", exclusive representatives of the American company DenMat Lumineers (USA). The first dental clinic was opened in 2004. We provide dental services for adults and children. We use only Japanese, American and European equipment. Dentists undergo training and master classes at least 3 times a year in Japan, the USA, Switzerland, and the South.Korea and other countries. On the basis of the clinic, our specialists train interns of the Astana Medical University. In 2017, the World Association of Dentists (FDI) presented the award to Doctor Dent LLP in the nomination "The Best clinic in the city of Nur-Sultan 2017". In 2016, Dr. Dent began receiving patients on the basis of the Doctor Dent clinic. Lee Gauss (Dr. Lee Gauss), professor of implantation dentistry at New York University, a leader in the installation of VENEERS, Invisalign, as well as IMPLANTS. Among his patients, such famous people as: members of the family of Donald Trump, Chris Humphries, Floyd Mayweather, NBA athletes, world stars and models. The reception is conducted to the present time. The treatment is performed under microscopes, as well as, if necessary, under sedation (nitrous oxide). In 2013. A letter of thanks to the clinic was presented by the mayor of Nur-Sultan Tasmaganbetov I. N. for his contribution to the development of the capital.